After a devastating spinal injury in 1968 at the age of 16 which left him paralysed from the neck down, Brian needed a interest to take up after 12 months of rehab. So after trying some letterpress printing (typesetting) as part of his rehab he bought an Adana 8 x 5 hand press and a small selection of typefaces.

Rufford Printing was born on his mothers dining table on 1st January 1970 . He has never been without work since. With the support of his mother, sister and father it quickly outgrew the dining table and moved into the garage. Within the next 12 months he purchased a Heidelberg 10 x 15 T Platen reconditioned from Heildelberg Machinery in London for £500.

Brian composed the formes in lead monotype all day, whilst his father worked the press in between shifts at a textile mill.

Rufford Printing grew steadily and used all the space in the garage, later introducing Offset Litho during the 1980s. In the early 90’s they moved to Mawdesley into larger premises and now are situated in The Design Shed at Cedar Farm in Mawdesley.

Employing 6 full time and 1 part time staff, (including Brian and his wife Joan) they produce anything from 100,000 full colour brochures to 50 letterpress Visiting Cards. Rufford Printing is now in its 45th year, long may it continue! 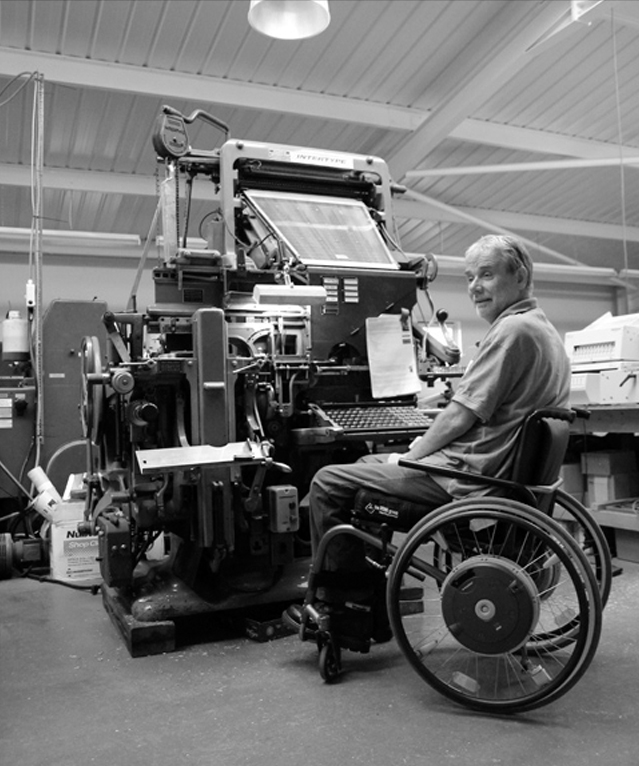